A Buyside Blind Spot is Vanishing (May 2016)

A Buyside Blind Spot is Vanishing (May 2016) 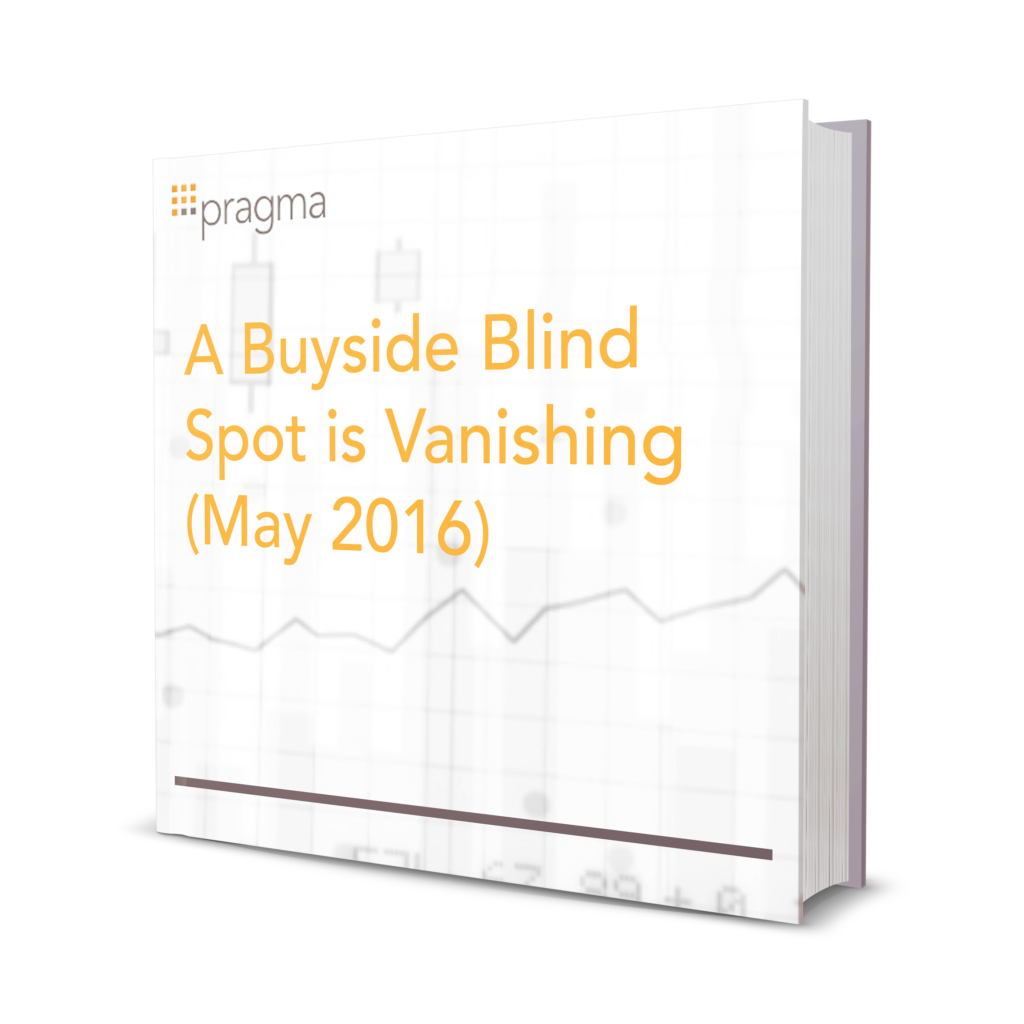 A series of broker scandals over the past several years has rocked the buy side. The SEC has levied fines against Pipeline, Level, Barclays, UBS, ITG, and Credit Suisse, either for failing to do what they said they had done or for doing things they shouldn’t have while handling client orders, generally around their ATSs. The SEC has proposed Reg ATS-N to require more granular disclosure of ATS rules and behavior.

Meanwhile, the media has focused more attention on the conflicts of interest brokers face when routing client orders. Due in part to pressure from the buy side, limiting or eliminating maker-taker exchange pricing – a major source of conflict – is near the top of the SEC’s list of potential market structure changes.

In this climate, buy-side trading desks have dramatically increased their scrutiny of how brokers are routing and handling their orders, demanding in-person meetings and sending in-depth questionnaires that historically focused only on self-directed algorithmic orders. The most sophisticated firms are delving as deeply into high-touch routing and order handling practices as they do with low-touch orders.